DECA dances into a profit

Every year, rumors spread that a tolo dance is finally happening, and every year that rumor proves false as the dance falls flat.

This year for the first time in four years, in an effort by DECA (Distributive Education Clubs of America) to raise money for students to travel to the national competition, the club decided to host a Sadie Hawkins dance.

“I’ve always wanted to have a tolo, and seeing as it is senior year, I decided to make it happen.” Jessica Brewster, one of the DECA students who put the dance on, said.

In fact, the dance probably would not have happened if DECA and Selfors had not worked so hard to coordinate the event.

Over past years, the elusive “girls ask guys” dance has not been put on because “dances in the past haven’t been all that good,” DECA advisor John Selfors said, “Whether students aren’t behaving or its not put on right. But when its not put on right, its a big deal.”

With this in mind, “I was nervous, but we put a lot of time into it and tried to get our whole marketing class around it.” Selfors said.

Despite this, both Crippen and Brewster credit the success of the dance to the advertising that they were able to employ, taking advantage of social media, creating a contest on Instagram for the most creative proposal, as well as framing a spirit week and pep assembly around the dance helped to “make it an experience rather than just a dance” Brewster said.

“You have to put all your trust in your students, but we had great senior leadership who were able to organize and delegate to get stuff done” Selfors said.

Previous to this year, the only dance that has been held was homecoming. DECA aimed to make a new experience by hosting tolo this year.

While the main goal was to raise money for the DECA to travel to nationals, Brewster said she wanted it to be a new experience for all students.

“I went just for the experience because we haven’t had one before and I enjoy the dances.”  Junior Samantha Gilbertson said.

In spite of DECA’s best efforts, the dance could not fully live up to the expectations that Homecoming had set. Some students complained about the music and other aspects of the dance.

Senior Danny Jones was one of those who thought the dance could have been put on better, “I think that they could have added a lot more slow songs,” Jones said, “I also thought the footloose theme was a little lame”

Despite this, the majority of students enjoyed the new experience that the dance was able to create.

“The DJ was really good. The photo booth was nice, and just dressing up for the occasion was really fun,” Junior Morgan Blalock said, “I think that tolo had a really good atmosphere all the way around.”

The biggest question that many students have at this point is now, “Will they be able to pull off planning a Sadie Hawkins dance next year?” 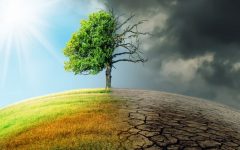 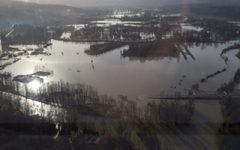