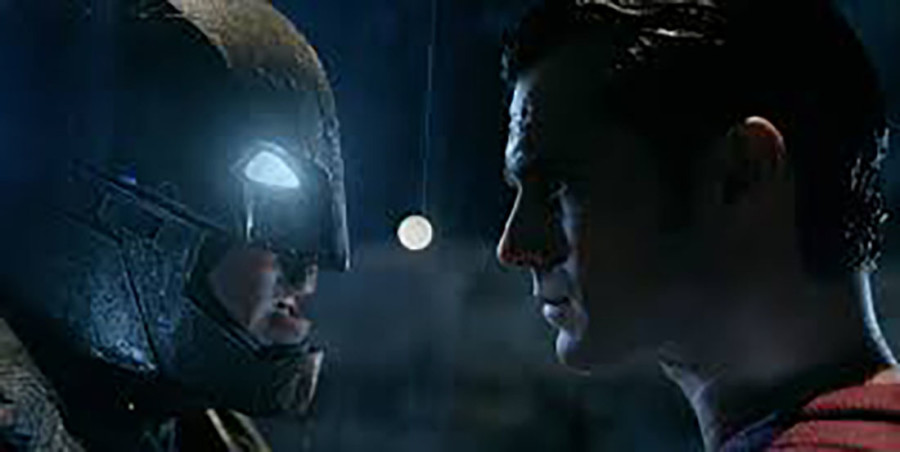 Lily Brooks gives her review on the new movie- Batman versus Superman.

In the new blockbuster movie, Batman versus Superman, Ben Affleck played Batman and Henry Cavill played Superman. Together they played these characters very well, stimulating an intensity and fervor in the film. Overall, this movie was not as expected. The plot did not have much content, leaving the audience confused as to which story was which and how it all connected.

Fallen from planet Krypton as a child, Superman was indeed no man. He was raised by adopted parents in a small farming town in Kentucky and grew into his powers. His genetics made him a God-like being who could withstand any force. He became a man of steel, capable of reflecting anything against him. His abilities to fly combined with his mighty strength allowed him to fight for justice and to combat the evils of the world. He is a noble being that fought both for the ones he loved and the threatened peoples of the earth. Nothing can stop him.

Born and raised by his two parents who loved him dearly, Batman was not alien to this planet. He indeed was only a mortal man who literally fell into his future self. When he fell into a hole, it was the bats that saved him from the deep fall, lifting him out of it and helping him realize that it was his duty to do the same for others. He was only mortal, so with his brains and inspiration, he created new innovations to use in battle. He put hard work and long hours into being a savior for humanity. Lurking in the shadows, he proceeded to do the same as Superman.

However, heroes are not always exalted. They destroy and wreck the surroundings without thought in order to save those in danger. Lives are put at stake and the general fear that Superman might experience a change of heart and use his powers for evil instead of good muddles his idolatry. With his enormous statue, reverence from the people, and bowing of the guards, Superman exemplifies a man who is both worshipped and practically indestructible. But Batman, the mere mortal, does not receive this kind of treatment and comes from beneath the shadows to stop the worship of Superman.

Then the plot takes a turn focusing on newfound traces of Kryptonite, a special rock that could destroy the super humans. A source in the Indian Ocean ended up in the wrong hands, hands that cast a bet on man instead of God. This discovery happening while the ‘man vs God’- Batman vs Superman- battle drug on as Superman displayed his strength and Batman showed off his latest innovations. They both fought hard but a greater threat ultimately led to connections between the two. This conflict is resolved in in quite an abrupt way which leaves the audience in confusion.

The wrong hands can cause major damage; a super monster was birthed out of the round, and it had powers of other planets’ material left over. Batman and Superman came together for this intense fight between good and evil. A surprise appearance of Wonder Woman occurs in this battle as she steps out of her cover and engages in war against a horrific man-made beast. However this appearance does not seem relevant to the plot.

The film was rated PG-13 for its intensity. Though the film left me on the edge of my seat, I do not recommend spending money on seeing it in theatres because the plot’s haziness made it hard to enjoy. 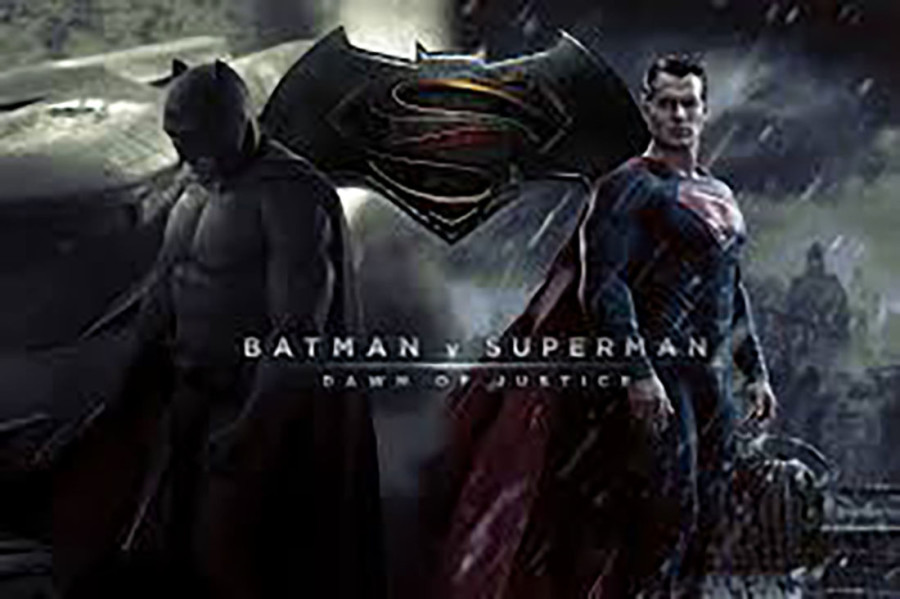 Isabel Forsell reviews the the blockbuster movie, Batman versus Superman.

When Zack Snyder (director of 2013’s Man of Steel) walked onto the stage near the end of the Warner Bros/Legendary panel at the 2013 San Diego Comic-Con and simply stated, “It’s official: We’re making another Superman movie,” the audience members went wild. They screamed and cheered when the news was revealed, and they continued to murmur amongst themselves and wait in anticipation as Snyder fumbled for the right words to describe the upcoming film.

Eventually, Snyder gave up describing it himself, introducing Harry Lennix (General Swanwick in Man of Steel) to the stage. Lennix read two lines from the 2012-2013 two-part animated film The Dark Knight Returns to the eager audience:

Here we are, nearly three years later, and that long-anticipated film, Batman v Superman: Dawn of Justice, is finally here. Snyder treats his audience to a rendition of the major conflict between the two titular DC characters, hidden DC Easter eggs, and the appearances -both major and minor- of many other celebrated superheroes. This film could have been the movie of the year, the movie fans everywhere prayed and hoped it to be…but it wasn’t.

The movie opens with the usual scene about the death of Batman’s parents; we witness the murder of Thomas and Martha Wayne and see the horror in the eyes of their young son, Bruce, as he helplessly watches. At the funeral, Bruce falls into a well, where he is surrounded by hundreds of black bats. The one difference between this well scene and the well scene in any other Batman-themed movie is that, upon Bruce’s awakening, the spiraling motion of the nocturnal animals lifts Bruce out of the well. At first, I thought my eyes were deceiving me. They weren’t.

It was right then that I almost walked out of the theatre. I literally just about got up and left the screening room because of that one mistake – Bruce never flies out of the well with the bats. It’s unrealistic and deviates from anything ever written into any of the comics.

Thankfully, the shot cut to another scene – a fully-grown Bruce Wayne waking up from the nightmare that was this memory. This seems normal enough, but it bothered me (as well as a significant portion of the rest of the audience, I might add) just enough that I was somewhat unhappy with the film when it was only ten minutes in.

Throughout Dawn of Justice, I had to follow the viewpoints and subplots of so many people that I honestly lost count halfway through. Though these elements all eventually merge during the final battle, I still feel that I would have to watch the film again in order to understand what every character discovered and how that affected the overall plot. Bruce Wayne/Batman, Clark Kent/Superman, Lex Luthor, Lois Lane (Amy Adams), Diana Prince/Wonder Woman (Gal Gadot)…the list goes on. Having so many storylines in such a huge movie was overwhelming, to say the least, and it was, in the end, detrimental rather than positive for the film as a whole.

In addition to the confusing subplots, there was a good number of questions that the film left unanswered. One of the biggest was why Lex Luthor wanted Batman and Superman to fight to the death. When it came down to it, Luthor wasn’t really gaining much out of the demise of one or both of the metahumans, and if he was, it was never mentioned at all during the film. Another issue was Batman ignoring his whole “no killing” rule the entire time, though this one was (possibly?) answered; about halfway or so through the movie, we see a glimpse of a handful of Batman’s suits, including one with the words “joke’s on you” (a reference to the death of Jason Todd/Robin, which caused Batman to ignore his rule).

Looking back, I feel that the blame for the poor quality of Batman v Superman is on the writers and Snyder. Granted, the film is making big bucks, but the awkwardness of poorly-structured scenes and the lack of character depth and development is to be blamed on meager writing and lousy directing. The actors did their best with what they had to work with – Affleck makes a great brooding Batman (if a stiff Bruce Wayne), Eisenberg brought a weird vibe to Lex Luthor (though it was never justified, as it should have been), and Gadot absolutely stunned as Wonder Woman (seriously, give the girl her own movie – she deserves it). But in the end, most of the characters are just there for the sake of being there. This film had so much potential, but it ultimately fell in the end. My final verdict on Batman v Superman: Dawn of Justice: Wait for the DVD release. And even then, if you’re not a die-hard DC fan, rent it. Don’t spend your hard-earned money on it. You’ll be disappointed.