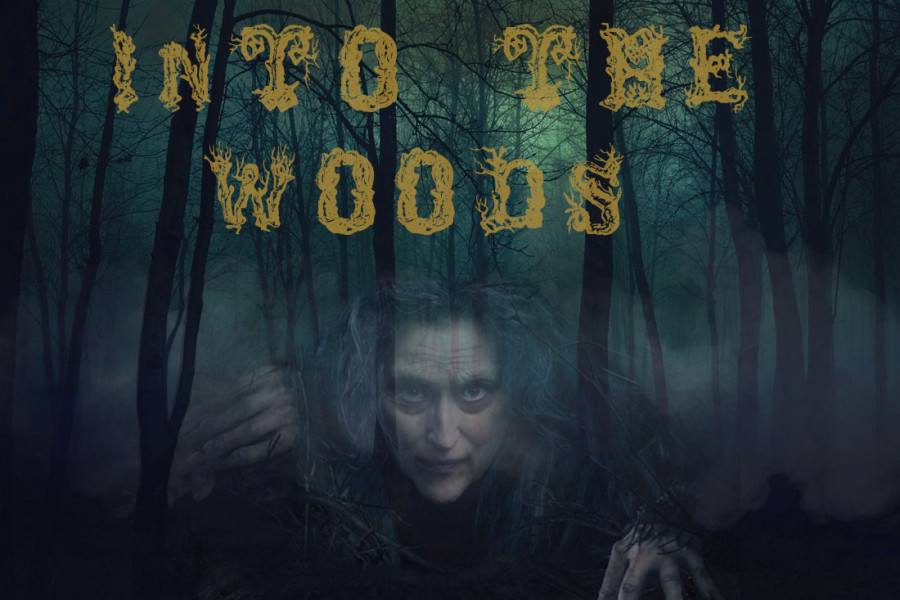 Into the Woods? More like lost in the woods

A girl in a red dress takes a loaf of bread from a baker and sings a catchy tune as she skips off into a dramatized dark woods. That was the commercial for Into the Woods, so at first I had basically no idea what the film is about. Because I do not like surprises, I went online to get a plot summary. But what I found did not extinguish my reluctance toward watching the movie. In a majority of reviews, people did not have good things to say about Into the Woods. I went on to read one of the more thorough summaries of the movie, only to find that the film’s plot was not at all what I expected. Since Disney produced the movie, I expected that it would have a strong moral message and be happy and uplifting. However, the online descriptions led me to determine that Into the Woods is not a kids’ movie whatsoever; it may contain storybook characters, but it lacks the encouragement that Disney usually provides. I decided not to see it when it was in theaters in December, but when my friend brought over the movie after its release, I watched it because something in me hoped that all of the reviews had been lies or exaggerations. Unfortunately, the summaries held true.

Into the Woods is an original story, all its own. Though I personally enjoy musicals, I found this movie to be far from the beloved Frozen, your typical happy Disney production. The movie starts on a dark note with good but gloomy singing that left me feeling sad throughout the entire two hours. I was only given a break to be pleasantly happy in the middle, when things go according to the normal Disney version of the stories. Unfortunately, I was forced to return to my original state only moments later, for Into the Woods takes on a major change in plot that affects the characters’ ‘happily ever afters’.

It takes a dark spin on the fairytale characters that many children grew to love throughout their childhoods and transforms them into people easy to hate.”

Over the years, Disney has made me believe in fairy tales, happy endings, and true love. Into the Woods is an exception. It takes a dark spin on the fairytale characters that many children grew to love throughout their childhoods and transforms them into people that are easy to hate.

The movie ties together the stories of Cinderella, Jack and the Beanstalk, Little Red Riding Hood, Rapunzel, and a baker and his wife. The main conflict is that the baker and his wife want to have a baby but are unable to because of a curse that a witch cast on the baker. The witch promises to lift the curse and give the baker a baby if he and his wife bring her four items: a slipper as pure as gold, a cow as white as milk, a cape as red as blood, and hair as yellow as corn.

Each of the characters (Cinderella, Jack, Little Red Riding Hood, and Rapunzel) have one of the items and are traveling through the woods to get to different destinations. Cinderella is traveling to the ball, Jack to the market, Little Red Riding Hood to her grandmother’s, and Rapunzel is already hidden in her tower in the woods. With the baby in mind, the baker and his wife set off into the woods to search for all of the items, determined to meet the witch’s request.

Like the middle of the movie, the first half was somewhat happy. It introduces the stories of each of the characters and connects them all together, but it does so with a twist. The creators of this movie made sure that the characters are not conveyed to be perfect in any way. My favorite story has always been that of Cinderella, but as I watched the movie, I actually found myself hating Cinderella and her prince because the movie drastically changes their personalities, making Cinderella indecisive and her prince arrogant. The only couple that was even remotely normal is Rapunzel and her prince. But the two of them are in the movie for approximately ten minutes.

Although I had never before watched a Disney movie that I didn’t enjoy, I am sad to say that I now have.”

However, the second half is worse regarding the characters’ personalities. It shows what the outcome would be based off of their actions, showing that actions have consequences. The movie concludes with events that you would never expect to happen. When it seems like the movie is ending happily, events take a turn for the worst when the wife of one of the giants that Jack killed begins bombarding the forest and villages. Soon, characters are blaming each other for what is happening and are failing to take personal responsibility for their contributions to the crisis, giving rise to feelings of anger, guilt, and overall sadness. Needless to say, the film definitely did not leave me feeling as if I had just watched a Disney movie in any way.

Although I had never before watched a Disney movie that I didn’t enjoy, I am sad to say that I now have. I knew beforehand that Disney was taking a darker turn with its future productionse, but I never expected them to go this far in their attempt to attract a wider audience. The darker themes of this movie, the ways in which the characters’ personalities changed for the worst as the plot continued, and how the producers went back on the characters’ happy endings and put a mix of negative emotions into the end all disappointed me and made the traditional Disney ending not-so-traditional anymore. Into the Woods almost ruined my childhood fantasies; therefore, I do not suggest watching it. Do not go Into the Woods.